Spice Up Your Kid’s Party for the New Generation

In this day and age with all the smart phones and gadgets we have available both to ourselves and to the youth, it’s hard to keep up and provide a party that is actually fun for all ages and engaging enough to keep the attention and imagination of the kids active. So when you’re trying to plan a party for your kids, you are probably wondering what on earth you can do that’s new and different enough that your kids and their friends will have a good time. There are some fun things you can do that will take the attention of 2014’s kids and keep it. See if these ideas will work for you and give your child the best birthday they’ve ever had!

1. Leave the Phones at the Door

Every kid has a smart phone now, and it’s because parents convince themselves that it’s in their best interest to let their progeny have these advanced machines in the interest of safety and constant ability to get in touch. But in actuality, it forces the kids’ heads in the downcast position, missing out on the world around them. We’ll see someday if it does more harm than good or vice versa, but in the mean time, when it comes time to having a party, have the kids leave these devices at the door. They’ll resist at first and then after ten minutes won’t even remember about their phones. They’ll be forced to engage in the world around them, and the party will be a blast without that constant distraction of instagramming and uploading.

2. Prizes and Rewards instead of Goodie Bag

We like giving the kids goodie bags because it’s easy and you can be done with it. But there’s a lot to be said for having fun with the way these goodies are handed out. You can get prize wheels and set them up around the house and have the kids earn ways of spinning the wheel. The more of a big deal you make each spin, the more the fun will be for the spinner and the other kids who will be cheering on (and maybe secretly rooting against) the spinner. These spinning prize wheels are available at http://thedisplayoutlet.com and will really spice up the party, guaranteed.

Just as with the phones, the art of creating art and paintings seems to be lost on the modern generation, so it might be a great bit of fun to have a painting birthday party. You can get a bunch of easels and paints and brushes and encourage the kids to be creative in their art projects. Then you can even have a mock art show where the kids get to act as their own art agents. It would be a fun and inventive party idea that not only will get them to think outside their gadgets and use their creativity, but also gives them an end result of a piece of art to take home to mom and dad. Anything that de-digitizes the modern child’s brain is going to cause more good than anything else. 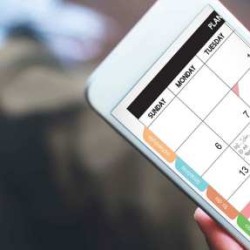