Nexus 5, how amazing your Google?

The successor to the Nexus 4 receives voice commands and then do a search or answer a question, according to the user’s request. You can also access Google Now to receive details about the weather.

Google is selling its Nexus phones in order to present the latest update to its operating system and devices to show users a pure version of Android , no changes other manufacturers-such as Samsung-incorporated.

For daily WSJ , the new Nexus 5 is primarily designed to “reduce the price of phones that can run the latest version of Android and better integrate the functions and services with the software Google”.

Conducive to this last KitKat more fluid and fast, even over its predecessor: Android Jelly Bean. According to industry analysts in technology, applications work with absolute fluency, although it is the most demanding.

While the design of the Nexus 5 is quite simple, has a screen that makes it possible to look the new version of Android. That “makes for a great phone at a great price ($ 349 without contract),” from the Spanish website indicate ABC .

The features and specifications of the terminal 5 inches contribute to rival against the iPhone 5S, Galaxy 4, HTC One and Lumia 1020. For example, runs a similar to the newest Apple smartphone speed. And though it is much larger, thicker and heavier than 5S, has better resolution.

Another point to note is that receives voice commands. It is enough that the user pronounce “OK Google” to do a search the phone or answer a question. In other words, do what his own order. WSJ states that it “works most of the time, but not all.” You may also access the function of predictive intelligence of Google Now to receive details about the time, among others.

Also, the Nexus 5 offers bright, sharp and vivid images, thanks to 445 pixels per inch which incorporates your screen. Its external features make it possible to feel quite comfortable having it on hand, even though a large screen smartphone. It is soft to the touch.

The Google phone camera has a weak point: does not respond to light as expected. While there is a small incorporated to help stabilize shaky images gyroscope, you need to have optimal light conditions for good quality photos. In fact, the camera is not up to that of competing devices. 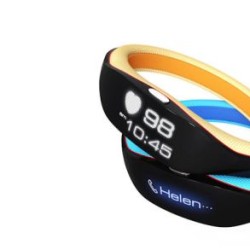 Wearable the technology you wear