New features of the Galaxy S8 Plus

As each new edition, the Korean company Samsung has decided to introduce substantial improvements. Some of the most important have to do with the democratization of curved screens now the two S8 models have a panel of these characteristics.

If you want to buy the new Samsung Galaxy S8 +, but you do not know very well why improvements and news should take the step, here is the answer. These are the 7 new features of the Galaxy S8 Plus against the Samsung Galaxy S7 edge.

The Samsung Galaxy S8 + comes with a huge 6.2 inch screen

One of the most important changes with regard to the Samsung Galaxy S7 edge above is undoubtedly the size of the screen. For the occasion, the Samsung Galaxy S8 + comes equipped with a Super panel with an aspect ratio of 18.5: 9. It has dimensions of 6.2 inches that exceed the 5.5 inches of the previous model. The resolution increases to a QHD + of 2,960 x 1,440 pixels. This results in a density of 529 dots per inch. In addition, this screen comes with Corning Gorilla 5 protection against bumps and scratches.

Between the Samsung Galaxy S7 edge and the Samsung Galaxy S8 +, Samsung has taken a fundamental step: say goodbye to the frames, both lower and higher. This will allow users to enjoy a rather larger main screen: 6.2 inches that are integrated into a much smaller space than any tablet would offer.

Farewell to the start button

As the frames disappear, the start button disappears. Therefore, the fingerprint sensor changes location. The reader, for the first time in the history of Samsung, happens to settle in the back of the equipment. It is right next to the main camera. More space on the front for the screen.

This reader, already present in the Samsung Galaxy Note 7, is responsible for reading our iris to identify the pattern and unlock the mobile. This system is accompanied by a facial recognition system that will also help us perform certain functions.

One of the great novelties of this new generation of Samsung Galaxy S8 is undoubtedly Bixby. This is how Samsung has been named the new smart assistant of the company. The system has a much more sophisticated operation than S Voice. Users can use it in a more natural language and ask them to help us perform certain functions or tasks.

It will help us to run applications, but also to identify objects and offer us information about stores in which we can find the product. Now, Bixby will only speak in English and Korean, but is expected to be available soon in many other languages.

Power is one of the big keys of this Samsung Galaxy S8 +. The device comes with a new 64-bit and 10nm processor. We do not know the version number yet, but it is clear that it is much more powerful. There are 8 cores: four running at 2.3 GHz and another four at 1.7 GHz. Samsung itself says that this new processor can run 10 percent faster than its predecessors. This chip combines its performance with 4 GB of RAM and 64 GB of internal memory twice the storage capacity offered by the S7 edge.

What Are The Uses Of Memory Sticks In The Modern World?

Keys to choose a smartphone 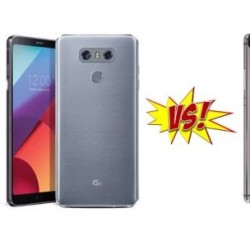