Researchers from the Weizmann Institute in Rehovot, Israel have used water to create almost frictionless lubricated surfaces, which stay slippery even under heavy loads. The coating they have developed could shed light on how natural joints are lubricated and provide new ways to protect hip and knee joint implants from friction damage.

The scientists have created polymer ‘brushes’ by attaching one end of a polymer chain to a host surface leaving the other end sticking out.

Researchers say the polymer chain ‘bristles’ tend to repel each other and so stand up from the surface to form a brush-like structure. Rather than intermingling, the scientists say the polymers tend to squeeze within them selves when bushed against other polymer brushes. This creates very low friction.

The brushes are made from poly[2-(methacryloyloxy)ethyl phosphorylcholine] (pMPC), with side chains which are zwitterionic. The scientists found by introducing charges to the brushes they produced a hydration layer of water molecules around the charges.

The water molecules become tightly bound making it hard to remove them all at once however individual molecules are able to rapidly exchange with water in the surrounding solvent or the hydration layer of another charge.

The scientists found this gave the molecules the properties of molecular ball-bearings, pressing hard on them will not release their water, but when sheared they behave in a fluid way, giving them lubrication properties.

One of the features which make the new brushes so much more robust than those in previous studies is the fact that the polymer bristles are covalently attached to the host surface. This makes them much less likely to be ripped off when the surfaces move over each other, making them more resistant to stronger and repeated shearing movements.

The research team believes the brushes could find applications in medical implants that need low-friction surfaces.

-Thanks a lot for reading my life science related article “Molecular ball-bearings developed for medical implants”. Hope read and enjoy! 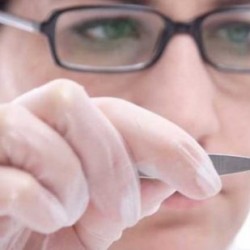 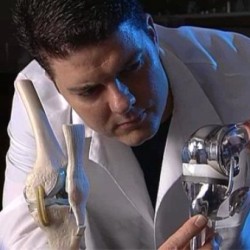 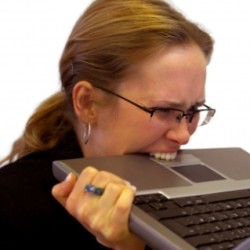