Get your bearings in order with bearing engineering information

This article will aim to provide an overview of the basics of bearing engineering and how bearings are designed for specific uses. Really, there are three basic conditions that bearings operate under. Therefore, it lends to three common designs of bearings. Once you know these three conditions and the corresponding bearing designs, all the other details of bearing design will fall into place easily.

The Importance of Bearing Engineering

A bearing is simply a part used to reduce friction between the rotation of an axle or shaft within a housing. Most commonly ball bearings are used because they are less expensive to manufacture. Bearings are found in most mechanical parts where there is rotation involved.

This can be anything from medical equipment to tractor parts to advanced aerospace machinery. During World War II, German factories that produced ball bearings were often considered highly sought-after bombing targets by allied forces. That was how important of a role ball bearings played in the German war effort.

It’s important to understand radial and axial loads when examining bearings. The design and selection of bearings depends on the conditions of these loads.

A radial load is one that is perpendicular to the axle. Think of the weight of a cart. More often than not, the most force is produced perpendicularly to the axle and passes through the diameter of the bearing.

An axial load is one where the majority of the force is along the axle. Most commonly, that means the center of the axle is aligned with the force of gravity. Another example would be that of an electric drill. The most force generally passes through the length of the drill bit, and the bearings must be able to handle a mostly axial load.

Situations where both radial and axial loads are present often require custom bearing engineering. Oil drilling is a good example. Sometimes, it’s necessary to drill against the surface of the earth at angles where the force is not parallel to the force of gravity. In that case, specifically engineered bearings are often needed for the unique angle and forces involved.

There are three basic designs of bearings based on the three loads they bear. The three aforementioned loads were radial, axial, and a combination of both. For uses that handle mostly radial loads, the bearings design is called deep-groove ball bearings. In situations where there will be mostly axial loads, axial or thrust ball bearings should be used. When both axial and radial loads are present, then specially designed bearings must be used called angular contact ball bearings.

It’s important to note that load factors both axially and radially are always present. The degree to which each type of load is present influences more detailed facets of the bearing design. Aspects such as lifespan, failure modes, lubrication, fit, torsion, and others are then determined based on the basic expected forces that will be present under operating conditions.

What bearing engineering means to you

Bearing Engineering, or Not All Ball Bearings Are Created Equal

Not all ball bearings are created equal. Differences in bearing engineering determine not only the quality of the bearing but also the use for which it is intended and the type of equipment in which it can provide proper and durable service.

Several crucial factors are taken into account during the ball bearing engineering process. Four such factors stand out as the most important as well as being key to understanding how bearings are engineered and designed. These are: function of the equipment in which the bearing will play a major function, the environment in which the bearing will serve, the size and nature of the load being applied to the bearing, and whether there is a need to reduce or minimize bearing noise.

Bearings are found in practically every type of mechanical assembly, from some toy cars to sophisticated aerial defense weaponry. Needless to say, the design and engineering process of every bearing must first take into account how and where it will be used.

The mass produced miniature bearings of a radio controlled model car of course pale in size and every other comparison to those which guarantee the smooth takeoff and landing of a jumbo jet. The function of a particular bearing within a given unit of equipment also determines much of the engineering process for that bearing.

Especially where more sophisticated equipment that relies on the most precision bearings is concerned, the environmental conditions in which the bearings will serve are crucial to efficient and effective bearing engineering.

Heat, humidity, dust or sand, vibration, precipitation and even chemical pollution can affect performance of a bearing, so that these conditions must be taken into consideration and addressed when a bearing is engineered.

The bearings that guarantee the performance of a tank in the heat of a desert battle are engineered specially for those conditions, just as any bearings that are found on an oil rig that extracts petroleum from the frigid North Sea were engineered with the salty and frigid sea air and water in mind.

Size and Nature of Load

Miniature bearings for extremely precise but light applications such as robotics, and the heaviest duty bearings of our aforementioned tanks, rigs and jumbo jets, do not differ only in size. The entire engineering process, from the materials chosen, to the computer assisted design of every cutting and shaping process used in forming each part of every bearing, is different depending on the size and nature of the load it will carry.

Bearing noise is another factor which is taken into account when designing any quality bearing. Even the lubricants used in bearings must be chosen carefully where low bearing noise is of the essence. High impact plastic parts, such as retainer rings, may replace metal in applications where noise must be reduced to an absolute minimum.

While basic bearing parts may appear similar, the fact is that a precision engineered bearing rarely uses any standard parts, and even chemical lubricants may be proprietary formulas that are compounded specifically for a particular model of bearing that must conform to certain specific standards related to function, environmental factors, size and nature of load, and bearing noise.

Indeed, not all bearings are created equal. Many a precision bearing is almost as unique as the fingerprint of the highly trained engineer who was called upon to design it.

To summarize, there are three basic types of loads; axial, radial, and a combination of both. They work either perpendicular or along the axle. Therefore, three different designs of bearings are made based on the load conditions present. Although both types of loads are always present in some degree, one is typically minimal while the other is significant. The degree to which one force or the other is present determines many of the other factors involved. 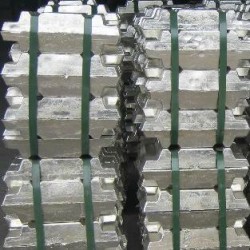 Different types of ingots and their benefits 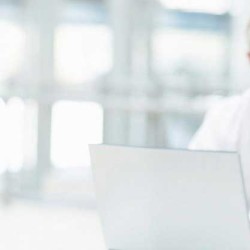 The importance of industrial laser marking

Things you need to know to select the perfect water pump